Below the Kirkkomäki hill there is a croft known as the Lukkari wooden broth of the Local History Museum. The main building of the museum area is from the late 19th century and represents the Caroline style. The museum's basic collection is made up of over 1,000 items collected from end-of-life homes, the oldest of which date back to the 17th century. In addition, there are barns in the museum's yard that display farm implements and other household items.

The Loppe Museum was set up in the Lukkari Wooden Lodge at the St Birgita Wooden Church in the early 1960s, when students from the Hämeenlinna School collected more than 1,000 items from the final homes. At the same time, the hundreds of items collected by Martti Hautahuhta, including an old granary, were transferred to Puustelli's yard. Two more sheds have since been moved to the museum area.

The phases of Lukkari Puustelli have not yet been elucidated. The main building probably dates from the second half of the 19th century and represents the so-called. carolinian style. In the middle of the building is a large hall with two chambers on one side and a living room on the other.

In the hut there is an item from the 19th to the 19th century. The key is apparently an older bath table with benches, which is older than this period. The walls have the accessories for the cottage.

The interior is complemented by spinning items. Rukinlapa is one of the most beautiful objects in the museum. The lead-in silicon is new but represents the style used in the building. There is also an old wooden coffin in the living room, probably from the 17th century.

The hall has a typical gentleman's sofa suite, although it is not perfect due to the scarcity of collections. What is different from the original hall is the lack of a 'neck'.

The Rectory is a locker chamber that also displays some old spiritual books. The second successive chamber of the museum is so far the so called. Lope's room. Objects that are essential to Lope's history have been collected in the room, including: an old wound about lake ore lifting. The room also has some artwork. 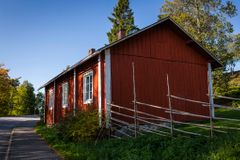 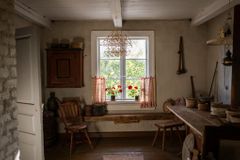 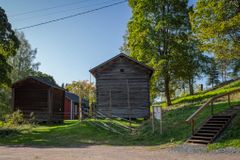 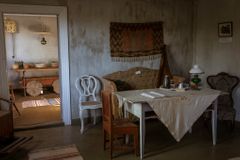