Due to its history, Koijärvi Lake is the most famous bird lake in southwestern Häme. In the 1970s, plans began to drain the lake, and this marked the beginning of a decade-long controversy that plagued both the country’s government and the Supreme Court. The events culminated and received a lot of media attention and the Koijärvi movement was born.

Koijärvi was not eventually drained and is now part of the Natura 2000 network and the national bird water protection program. However, the water level is too low, which has caused the lake to overgrow and the species to become impoverished. Although Koijärvi has lost its position as one of the best bird lakes in Finland, many typical bird lake species still thrive there.

In the nature tower, which was renovated in 2018, you can also see a moose or a deer delicious with aquatic plants. There is a open fire hut and an outdoor toilet next to the tower. 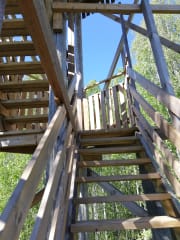 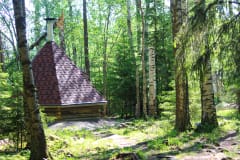