Skip to content
Previous Next
What does the name of a nature site tell about its history?

What does the name of a nature site tell about its history?

During my studies, I specialised in onomastics. It was mind-blowing to realise that the history of place names tells us something about the life in prehistoric times. Any homes that existed a thousand years ago have decayed, the weapons have disappeared and dresses have decomposed, but the place names still tell the tale of human habitation and ancient culture.

The medieval Häme Oxen Road is reflected in names

The former municipality of Renko at Hämeenlinna has a small pond called Suvitiellinen. This lake was located on the old summer line, that is, summer road or ‘suvitie’, of the Häme Oxen Road. As is well known, in medieval times, the locations of the routes, paths and roads used to vary according to the season. Frozen rivers and lakes were used in the winter, but in the summer goods needed to be transported using different routes.

The name of Suvitiellinen alludes to an old route that led travellers to the markets of Turku and Hämeenlinna. Today, the only remaining part of the summer road is the Ilvesvaellus hiking trail, which follows the old medieval road along the Suvitiellinen pond. 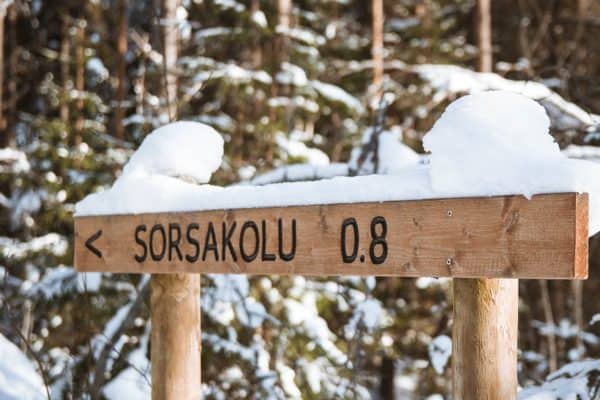 A special feature names a place

In the Iron Age and the Middle Ages, people often received an epithet which was based on a particular personality trait or an unusual characteristic. The Viking leader Harald Bluetooth had a blackish incisor and is still known by his peculiar name today. In a similar manner, in villages, bad-tempered matrons and patrons may have been known as Saara the Sullen or Angry Jouni.

In a similar vein, special features have given names to places such as lakes, capes and mountains. Valkjärvi, ‘white lake’, located in Evo, has probably appeared light to people who have seen it, and Korkeamäki, ‘high hill’, has, of course, been higher than the other nearby hills.

I’m fascinated by how place names are a reflection of a reality that’s no longer there. There’s a lake called Saarisjärvi, ‘islet lake’, at Evo, but it no longer has one single island. However, as you study a map, you soon realise that Saarisjärvi is surrounded by a big mire which has a lot of small mounds. When the water level was higher, the entire mire was actually a lake – and each of the four mounds was an islet. 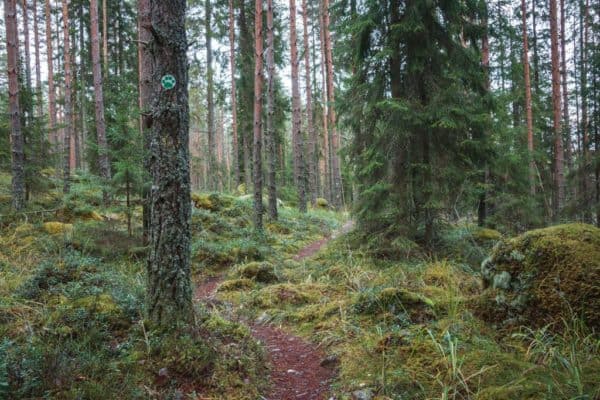 The majority of the onomastic stories people know are made up, however. In many cases, the original meaning of an ancient name has been lost, so later generations have developed their own amusing stories about the origin of the name. For example, some people claim that the name of the town Hyvinkää comes from hyvin käy, ‘we’ll be alright’. It’s a funny story but, of course, untrue.

If you’re hiking in the Häme area, you, too, are by all means allowed to come up with stories for your children and travel companions. While you’re sitting by the campfire, it’s fun to think about where names like Peikkovuori (‘troll mountain’), Punssivuori (‘punch mountain’) or Henriikankangas (‘Henriikka’s drapery’) come from. Perhaps they share some common story about a trolls’ bacchanal and Henriikka’s skirt fabric.

The author Katleena Kortesuo is a non-fiction writer and a scout who’s obsessed with the history of place names.