Skip to content
Previous Next
Welcome to virtual guided tours of Häme!

Travelling is possible only virtually at the moment and most of the sights, such as museums, are closed. But luckily you can now go on virtual tours of Häme cultural sites! New guided virtual videos showcase venues for the Year of Glass; The Finnish Glass Museum, Iittala Glass Factory and Design Museum Iittala. There are versions of the videos in both English and Japanese. They are produced in collaboration with the sights and VIKKE and Western Lakeland Kanta-Häme projects from HAMK Smart Research Unit.  Häme Castle and its newly discovered old civil defence shelter have also got their own interesting virtual tours. 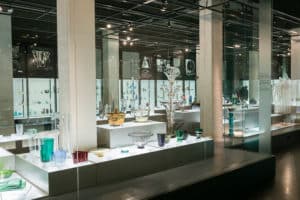 Iittala Glass Factory turns 140 years this year and The Design Museum Iittala celebrates its 50th anniversary. Iittala’s guided virtual tour takes off from the Design Museum Iittala, showcasing magnificent glassware and telling, for example, the story of the famous Aalto vase. Towards the end the video shows glassblowers working at the Iittala glass factory. 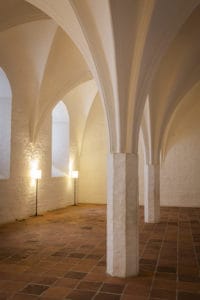 The King’s hall in Häme Castle can now also be visited virtually.

Häme castle is a magnificent medieval red brick castle that has also been used as a prison. Now you have the chance to get on a skillfully executed virtual tour to explore the inside of the thick walls of this historic castle. The soundscape creates more ambience for the virtual tour and the guiding texts tell you more about the various premises and halls, as well as the history of the castle. In addition, you can take a virtual peek at the 1930s-built civil defence shelter found in the castle’s rampart, which was discovered and dug open in 2019 and soon covered again due to the risk of collapse.

Check also the other virtual destinations in Häme that we collected last spring!