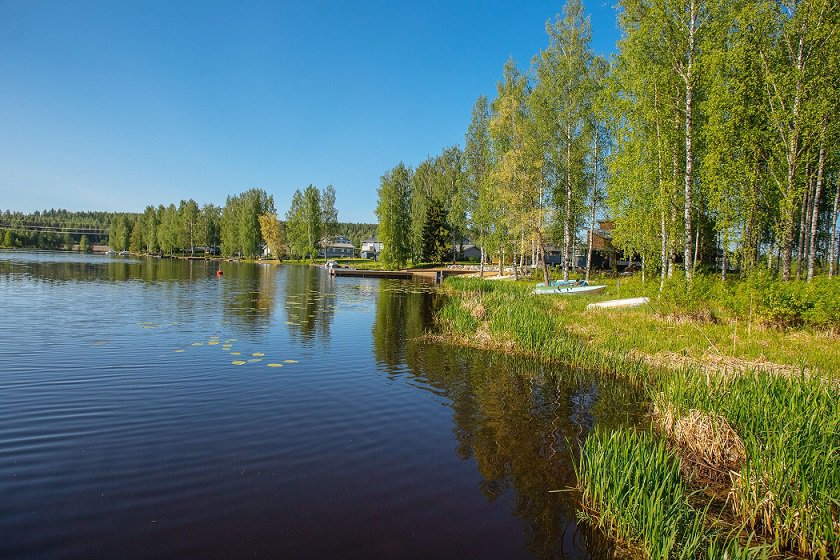 Harviala village is located off the river Hiidenjoki in the old cultural landscape of Harviala Manor. Signs of settlement in the area can be found all the way up to the 14th century. Numbers of warlords, knights, land marshals and freelords have been walking through the halls of Harviala Manor as it passed from one family to another for nearly 700 years. Later, the estate was sold several times.

The landscape of Harviala shows nursery garden activity beginning in the early 20th century. In the 1940s, the Harviala nursery represented the peak of the horticultural sector throughout Scandinavia. Today, it focuses on the wholesale trade of ornamental seedlings.

The mansion itself is currently unoccupied and up for sale. The world-famous Ruokangas electric guitars are produced in the charming garage building of the mansion, . The estate area has been surrounded by a garden and a park where several rare noble trees continue to grow.

In the new residential area of Harviala, many families have already found a comfortable place for their home. Families with children are served by a school and a new kindergarten. Extensive green spaces make the residential area a cozy place to live, crowned by the recreational facilities brought by the river. Hiidenjoki river is part of a marked boat route which can be reached all the way to Tampere.